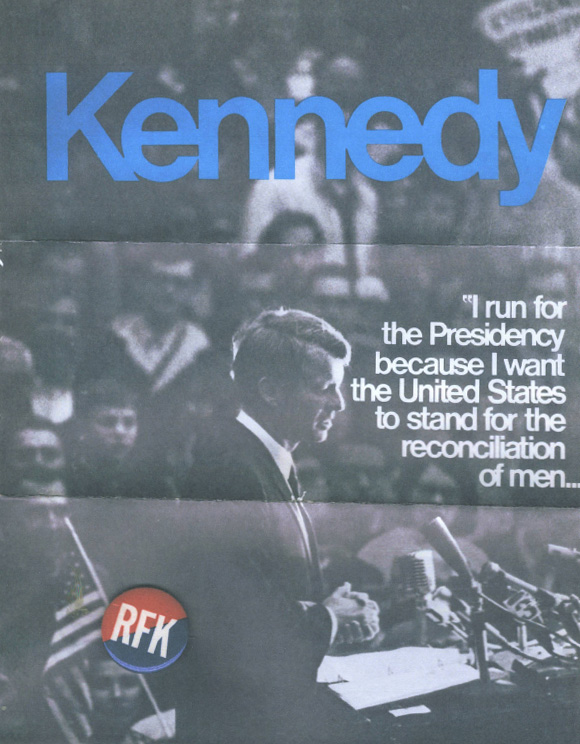 Proto: “While I was in graduate school, during the summer, I chaired Young Citizen’s for Kennedy in Connecticut. Roughly from April to June 6th. Then we spent weeks collecting signatures for gun control legislation. Kennedy was an enigmatic person to me with deep passions, Catholic in a way I came only later to understand in terms of the church’s social teaching, and he was a lawyer. He knew how to do what he believed in; how to use the law for the purpose it was intended: justice. There were other influences that still continue – my parents’ civic involvement and their disquiet about discrimination and especially my mother’s irreverence about institutional authority. They moved me in a direction.”

Proto: “SCRAP didn’t seem ‘big’ at the time, not to any of us. It did seem like the right use of our time. Once we actually saw our work in written form — the ‘Petition for Extraordinary Relief, ’ which we made up, and the New York Times article — we began to dwell on the financial and political power and geographic reach of our adversaries and how to out maneuver them. It forced us to understand our strength, how to calculate it. We took risks because of it. And to laugh at it, to make parody of it. I try to capture those moments in ‘High Court.”

Proto: “It was both a difficult and purposeful time to be a student. You had to learn fast, to have informed views. There were no neutral moments or discussions.”

Proto: “At the Justice Department, the appellate process, the emphasis on law and oral argument before three judges, suited me intellectually. The most challenging work was South Dakota’s harsh, ugly efforts to take major portions of Sioux Reservations with the aid of a friendly judge. Pine Ridge, Rosebud, Standing Rock, Cheyenne River. It was 1890, Wounded Knee, being played out again. Only the United States was on the side of the tribes. I supported the trial lawyer in creating the historical record for the appeal, including interviewing the oldest tribal members in remote South and North Dakota with the help of a translator. We finally stopped the harm at Standing Rock and Cheyenne River, winning before the Eight Circuit. There were other cases — Constitutional arguments, traveling with the Mexican Army and DEA agents into the Sierra Madres to control opium poppies, arguments about the fate of the public lands, historic preservation, and civil actions against industrial polluters but the Sioux cases required moral imperative and the full exercise of the United States’ authority.”

Proto: “Counsel to the President’s Nuclear Safety Oversight Committee was unexpected. I wrote a law review article just before leaving Justice. One reader became Director of the Committee and offered me the position. I was in Connecticut at the time and was back in DC in ten days. The accident at Three Mile Island had rattled the nation and for good reason. Rhetorical support by every president since Truman would make no difference. I got inside nuclear power plants including the unharmed reactor at TMI. It was plain quickly, the imperfections of the utility industry and the critical need for community involvement in emergency planning would ensure nuclear power had no prospect of expansion in the United States.”

Proto: “I made an effort to become a United States Court of Appeals judge that didn’t work politically. That was in nineteen ninety-two or three. I was in private practice in DC. The law then took on renewed meaning, to continue to understand it in the broader context of justice and culture that was central to my temperament and my earlier experience. To have the freedom to pursue it in more personal ways. Louis Brandeis as the lawyer settled-in as the model.”

Proto: “The Disney fight and representing Native Hawaiians are threads of that. The writing I did on Catholic Social teaching, serving as counsel to the chair of the Democratic Platform Drafting Committee, being elected a Fellow at the Royal Geographical Society, the Sacco and Vanzetti writings and organizing, the musical drama and my collaborative role in writing the book and lyrics came out of that, the Civil Rights claims contained in a recent highway fight in Virginia, and establishing over time Seattle and the outdoors as a second venue in life. The knowledge I needed, and the experience, to write ‘The Photograph’ — women’s fashion in the thirties, jazz, architecture, the Black Ball ferry, map making in the Civil War — and moving into fiction or at least trying to, is part of it as well.”

Proto: “Getting educated and living professionally in DC was extraordinary: hands on decision-makers, Pentagon-stationed military, hill staffers in your classes or as teachers, accessibility to congress — I interviewed two Senators for my Master’s thesis. You get to see it close — the cynicism, the manipulation, the distortive effect of money, the occasional courage, less common today. DC had opportunities — people came to me for hard and big things. All of my work in private practice was in other parts of the nation. The travel and cultural exposure widened. When I returned to New Haven for a few years — after Justice and again after the Committee — the education continued in local matters. Seeing and working with people who gave civically to improve their community, their lives, their families, and working with the Mayor in governance and political matters to revitalize New Haven. My parents did it. So did I. The two theatre boards I sat on, and the two inaugurations I chaired, were especially valuable in seeing peoples’ contributions.“

Proto: “I like chaos in the law, forcing change in accepted notions. I also like blueberries and roasted almonds, and I can be had by the occasional Hummel’s hot dog and properly done French fries.”