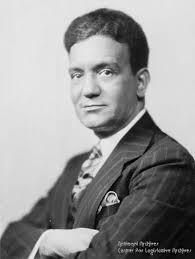 Excerpt:
“The bared, sordid underbelly of men at City Bank, Chase, and JP Morgan that Pecora’s questioning revealed was permanently solidified into the face that still haunts any predictability or prospect of an ethical-driven normalcy. The current apprehension of what such men are capable of doing, only randomly uncovered to no ones surprise and rarely rectified to even less surprise, remains fairly constant in America….Numerous, unexceptional examples of wrongdoing and bold daring to test the limited resources of even the most responsible government official, are reported daily. ‘Too big to fail”…. will continue until the complete rationale [for such conduct] is questioned and exposed. Ferdinand Pecora sought to examine that rationale in 1933…”