Work in Law and Teaching 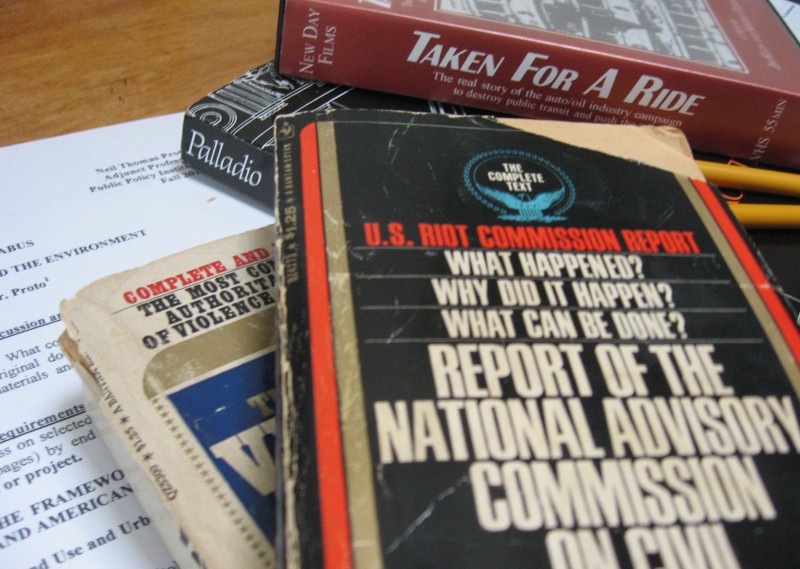 NTP has crafted written legal arguments and broader litigation strategies or presented oral argument in more than thirty-five cases in federal court litigation, primarily in United States Courts of Appeals beginning with SCRAP versus United States of America in 1971, during his time at the United States Department of Justice, and in private practice. He has briefed cases before the Supreme Court of the United States including as amicus curia. His most recent participation in litigation was in Arlington County, Virginia versus United States of America and the Commonwealth of Virginia in the United States District Court for the District of Columbia, a highway controversy involving civil rights and environmental violations that ended successfully in 2011. His last oral argument was in 2004 before the United States Court of Appeals for the Fourth Circuit in Richmond in a controversy involving the 14th Amendment’s equal protection clause. Substantively, his body of work in the law has involved Constitutional questions, land use, a broad range of environmental statutes, public lands, civil and criminal jurisdictional disputes, urban controversies, Native Americans, Native Hawaiians, historic preservation, foreign affairs, and nuclear power.

Although various of his articles and talks involve the law, NTP’s law review article, “The Opinion Clause and Presidential Decision Making,” (44 Missouri Law Review 185 (1978)), was premised on his exploration of the Opinion Clause, Article II, Sec 2 of the Constitution, in a controversy involving presidential advisers providing guidance on major water projects in North Dakota that reached the United States Court of Appeals for the Eight Circuit in St. Louis.

His body of work in teaching is reflected in the syllabi and compilation of substantive, multi-disciplinary readings, documentaries, and educational techniques he has developed in twenty-four years of teaching and lecturing, as visiting lecturer at Yale University and adjunct professor at Georgetown’s Public Policy Institute. In his courses on cities and sprawl he has used, for example, Theodore Dreiser’s Sister Carrie and Frank Norris’ The Pit to imagine Chicago, Christopher Lasch’s The True and Only Heaven to assess family values, Detroit’s urban riots in “Eyes on the Prize,” the insightful urban impulse of The Beats when others embraced suburbia, urban organizing by Saul Alinsky and Martin Luther King in Chicago, and the cultural drive of television’s “Route 66.”